found many documentations about "easy" migration but this one is the most simple and I would say fastest way.

simply download the VirtIO Drivers .iso from fedoraproject.org to your workstation. This can be uploaded and attached to the migrated VM later on in Proxmox. Just shutdown the VM for exporting the image.

ssh into your machine and prepare for migration

This is the network config written by 'subiquity'

Export your disks from ESXi webconsole

Prepare your VMs on Proxmox

Compute, network, and storage in a single solution. 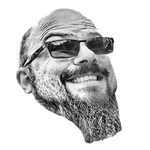